Willow and cottonwood trees at SAWC’s native plant nursery in Juneau are thriving this summer thanks to an abundance of rain, and occasional sunshine, in Juneau. The nursery hosts more than 300 trees, each one started from a portion of a branch “borrowed” from wild trees in early spring.

These sticks, called dormant cuttings, are placed upright in soil-filled pots. The moist soil stimulates the bark to quickly produce roots, known as adventitious roots, and a few weeks later numerous new branches sprout from the cutting above the soil surface. By summer’s end the cuttings have transformed into bushy little trees. SAWC and its partners plant these trees at restoration sites around Juneau where they stabilize soil, shade streams, and provide food and habitat for countless creatures, large and small. SAWC would like to thank Southeast Alaska Land Trust for providing space for the nursery. 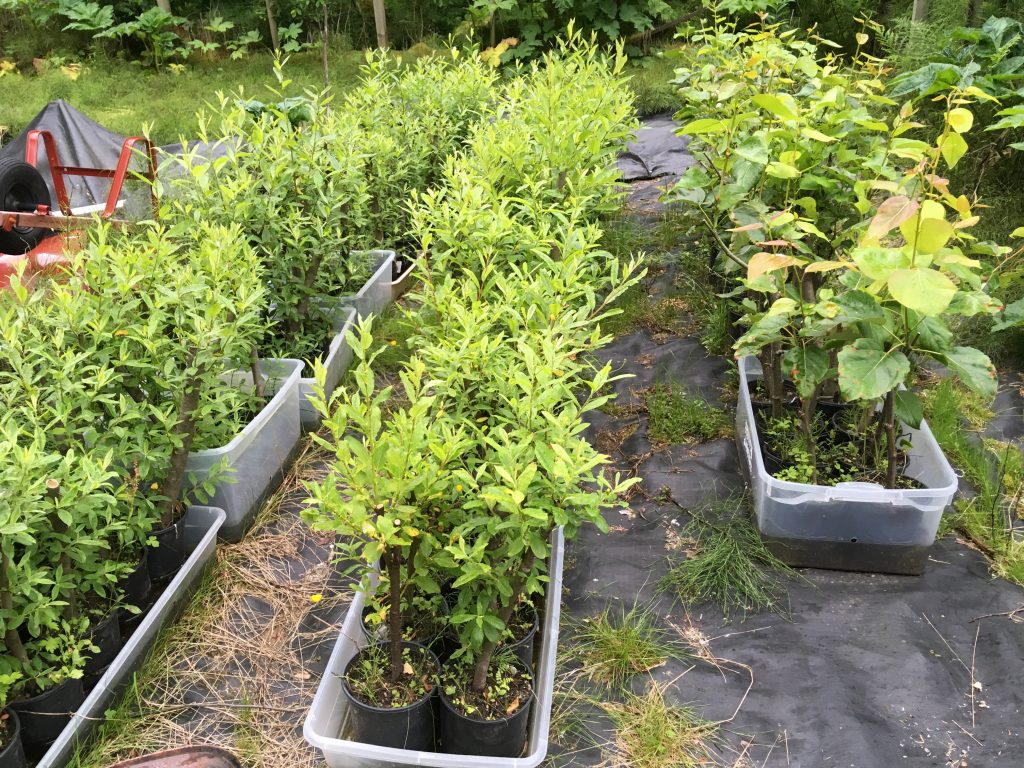 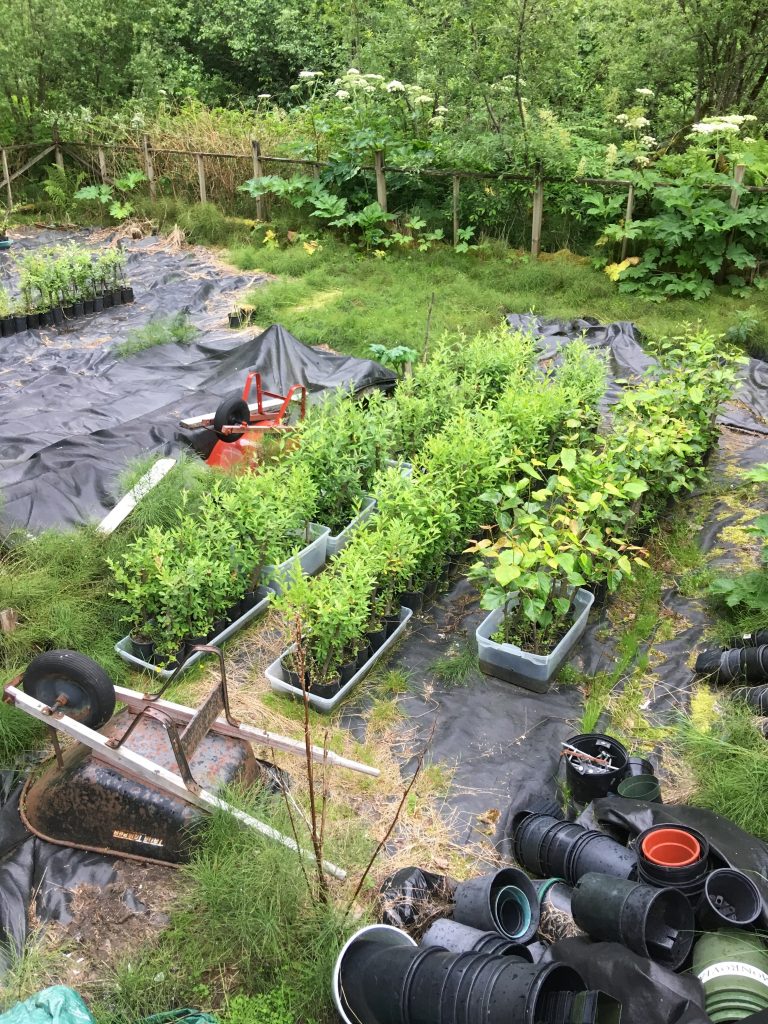