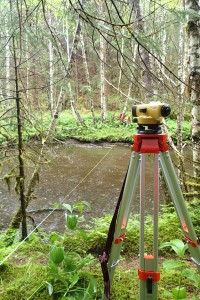 SAWC will be partnering with the Sitka Conservation Society, The Nature Conservancy, and the Tongass National Forest with their efforts to restore fish habitat in Shelikof Creek on Kruzof Island this year. Shelikof Creek is an important recreational, subsistence, commercial, and sport-guided salmon and steelhead stream near Sitka. Approximately 26% of the streamside forests in this watershed were logged in the 1960’s and 70’s. During that harvest, segments of the stream were also “cleaned”. This was a common practice back in those days where stream beds were used as roads to access timber stands and large wood was actually removed from the stream. These activities occurred before unharvested stream buffers were mandated, in order to protect habitat, by policy in 1990.

Restoring habitat in Shelikof Creek was identified as a high priority by the Tongass National Forest, as well as the people of Sitka in a community-wide survey (http://www.seakecology.org/resources/). The project will be implemented in the summer of 2016. SAWC’s contribution will be to conduct monitoring assessments before and after habitat structure are installed in the stream. Our work will be used to evaluate the effectiveness of the restoration work in Shelikof, and to inform future development of restoration practices.

SAWC Science Director Scott Harris visited Shelikof Creek last week to document project sites on the stream. He captured this video footage of the stream with the use of a drone: