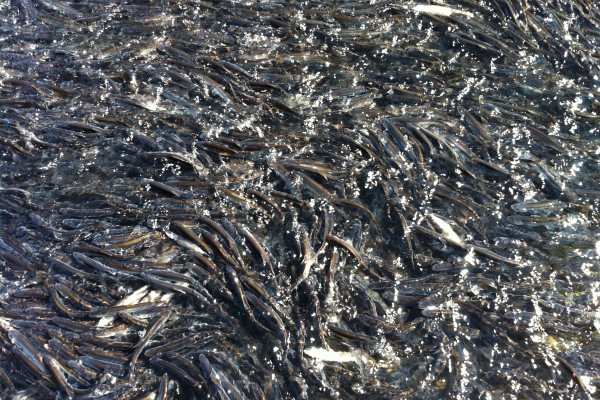 A mass of eulachon heads upstream to spawn 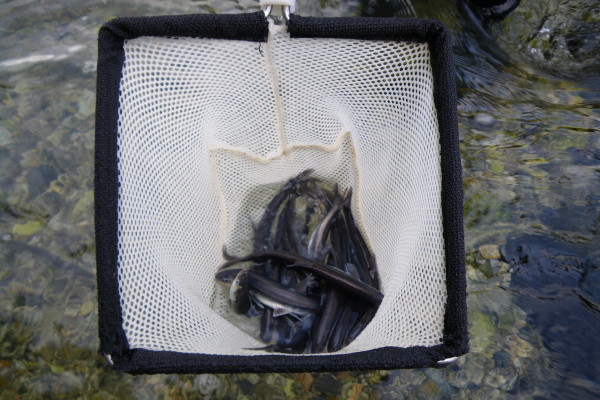 Net full of eulachon from the fish traps 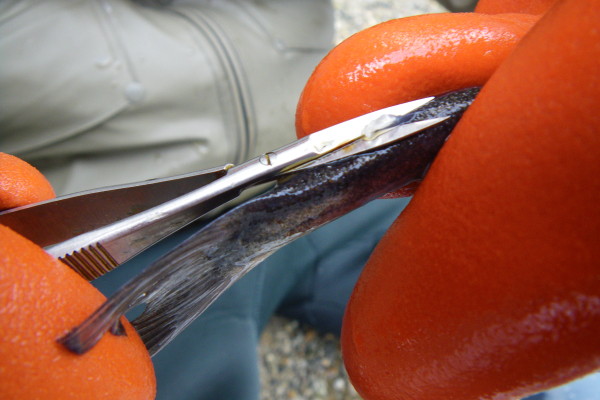 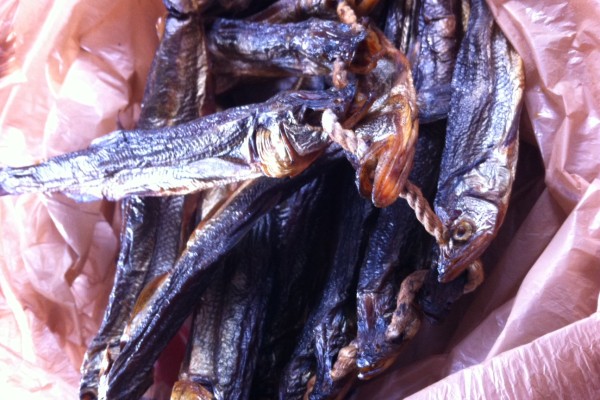 An important subsistence resource for many Southeast Alaska communities, eulachon (locally pronounced “hooligan”) are a small anadromous fish that gather in large schools at the mouths of rivers and streams as they prepare to swim upstream to spawning grounds. The arrival of these oily little Southeast delicacies are an official harbinger of spring for the residents that gear up with nets and waders and head out to scoop up the “candlefish” which are often loaded into smokehouses to further flavor and preserve the fish for eating. According to Alaska Department of Fish and Game, watersheds with eulachon migrations in Southeast Alaska include the Unuk, Stikine, Taku, Mendenhall, Lace, Chilkat, Situk, and Alsek.

The Takshanuk Watershed Council in Haines has begun a study on the population of this important resource on the lower Chilkoot River. The population estimate of Eulachon in the Chilkoot River will be established through a mark and recapture study. Previously established methodology will be used for the estimate, and the project will use cutting edge environmental DNA (or eDNA) sampling technology to determine the viability of this tool as an index of abundance. If eDNA sampling proves successful, the tool will simplify the monitoring of eulachon populations in the future.

The overall goal of the project is to develop baseline population estimates of spawning eulachon in the Chilkoot River, while testing the viability of eDNA sampling. The project, funded by a grant from the US Fish and Wildlife Service North Pacific Landscape Conservation Cooperative, is being carried out in partnership with the Chilkoot Indian Association. The mark and recapture study will be implemented by Takshanuk Watershed Council staff, with eDNA testing performed by Dr. Taal Levi, Assistant Professor for the Department of Fisheries and Wildlife at Oregon State University.

With a baseline estimate of eulachon population studies, the Chilkoot Indian Association and Takshanuk Watershed Council are better able to increase their understanding and monitoring of this important subsistence resource for the Haines community.