Takshanuk Watershed Council organized a Youth Beach Cleanup effort this past August to improve water quality and bring awareness to the effects of improper waste disposal.

Many of the beaches in this area, especially those with a southern exposure, collect a lot of debris during winter storm events. Bringing youth to these beaches to see the amount of trash that accumulates even where no one lives shows them the effects of improper trash disposal.

On August 16, 2012 five youths and three adults spent 6 hours picking up debris along the outer beach of Taiyasanka Harbor.  A total of 660 pounds was collected and hauled to the ACME transfer station.  The cost of the disposal of this trash was $195.  A majority of the debris consisted of plastic bottles but 7 tires, various sections of rope, and Styrofoam was also a considerable amount of the debris.

On August 18, 2012 four youths and seven adults participated in the debris clean-up of several outer beaches in the Haines area.  Three beaches on South Sullivan Island, Eldred Rock, one beach on Kataguni Island, 3 beaches on Shikosi Island, 1 beach on Anyaha Island, Seduction Point Beach, Dalasuga Island, and Twin Coves were all stopped at and the garbage collected and bagged.  Two days later on August 20th a return trip was made with another boat and all the beaches were visited except twin coves and the bagged garbage was removed and hauled to town.  This effort netted over 1000 pounds of garbage. 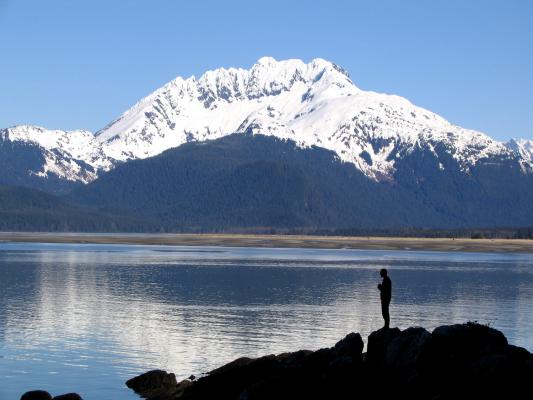 For more information on the beach sampling program in Haines please contact: